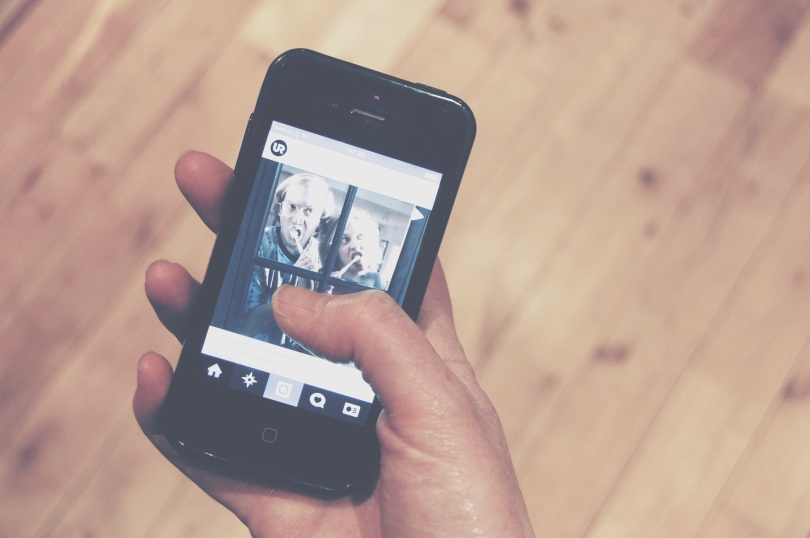 Are media organisations thinking about video on smartphones the same way as users are? Perhaps not. In many cases, especially with broadcasters, there is still an assumption that what works for television works for video.

Before smartphones, video on the web was shaped by where that video originated — it was usually made for television, then YouTube (on desktop and laptop), which shared the same 16:9 aspect ratio. For the user, things changed, but they didn’t change that much. Users interacted with these screens in much the same way as they did TV screens. But that’s changed with smartphones — users have to turn the orientation from vertical to horizontal in order to best consume 16:9 video.

Meanwhile, media organisations encouraging UGC urge users who create video to turn phones on their sides when shooting. We’ve even had a vertical video PSA, which satirised the practice. Video shot with the phone held vertically looks terrible in a 16:9 video player or on TV. However many people like to shoot and consume video this way. A week ago there was a segment on a prominent television programme in Ireland that highlighted this for me. Viewers were asked to send videos to the programme and out of the seven that were shown on television only two were shot with the phone held horizontally. A lot of users create video vertically. That’s a reality and some companies have responded.

Instagram, Vine and recent entrants like Steller work for vertical. Instagram and Vine’s square aspect ratio means users can shoot in the app either horizontally or vertically. Naturally, with a square aspect ratio, shooting a video vertically does not produce a video framed by a black rectangle on either side, as a 16:9 orientated app or video player would. Steller has gone a step further — the antithesis of TV and YouTube — it fully embraces vertical creating a seamless text-photo-video storytelling experience for the smartphone user who holds their phone vertically.

I like Instagram and especially what people are doing with video there and although it’s early days I also like what Steller is doing. These platforms suit my user behaviour. I use my phone holding it vertically in my right hand using my thumb to scroll. The majority of right-handed people use their phones exactly like this most of the time. Apps are generally built with this use case in mind. One of the only reasons for me to shift my screen’s orientation is to watch or shoot a 16:9 video. Outside of apps, responsive design works on mobile for text but it doesn’t really work for video — it scales the video but it doesn’t change the original aspect ratio.

Video for smartphones potentially needs to be treated differently. It’s the only platform where vertical or square might be a better choice than the 16:9 ratio. Users should always be at the core of our decision making. Until touchscreen interfaces become a less important part of mobile, I think square and vertical are here to stay and we need to respond to it.

One thought on “Smartphones have liberated video from the constraints of TV but are media companies responding?”